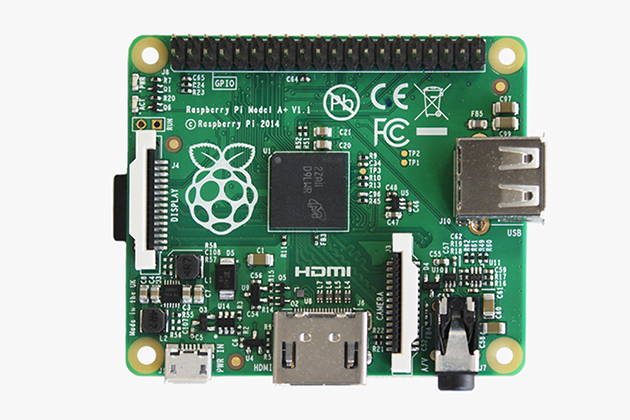 Everyone's favorite minicomputer has just gotten even smaller. The Raspberry Pi Foundation is today introducing the Model A+, a revamped version of its low-end Model A board priced at just $20 (£20 in the UK). While the processor and RAM -- a Broadcom BCM2835 SoC and 256MB, to be specific -- remain the same as its predecessor, the new model is far smaller at just 65mm (2.6 inches) in length versus the old model's 86mm (3.4 inches). It also draws less power and has improved audio circuitry.

The two other changes are directly taken from the higher-end Model B+. The Model A+ replaces the A's SD card storage with microSD, and adds another 14 GPIO (General-purpose input-output) pins, bringing the total up to 40. This increase facilitates compatibility with the add-on boards introduced back in July. The Model A+ is available immediately in both the US and the UK, and while the Pi might not necessarily need to be any smaller, cutting down on size and price will definitely help get the foundation's work into more peoples' hands.